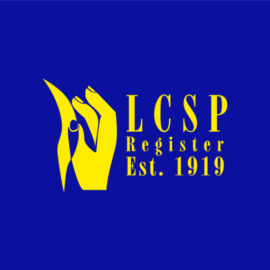 Following on from the successful LCSP general Coffee Mornings, we are very pleased to announce that the first ‘Tutorial Coffee Morning’ will be held on Thursday 6th October. The inaugural presentation will be from Alistair McLoughlin giving a brief presentation on his splendid research and evidence based work on ‘Scar Tissue’.  This is a subject matter that every single therapist will encounter within their work.

The Tutorial Coffee Morning is a free to attend Zoom meeting starting promptly at 1030 am and Alistair will talk for approx 40mins and then there will be a 20min window for Q&A’s.

Make time in your diary for this 1 hr free CPD Tutorial.

Alastair McLoughlin is the designer and creator of the McLoughlin Scar Tissue Release® technique.​

Alastair began his career in healthcare in the early 1980’s when he qualified as a remedial massage therapist with the Northern Institute of Massage.​

He later trained in Bowen Technique and in 1997 became the UK’s senior instructor for The Bowen Therapy Academy of Australia. He became a Life Member of The Bowen Association (UK) in recognition for his work.  He is also an Honorary Member of The London and Counties Society of Physiologists.​

In his career Alastair has developed many bodywork techniques which he has taught as an independent international teacher since 2011. See more…​

His scar work (abbreviated to MSTR®) is just one of many bodywork techniques he created. MSTR® is quickly gaining recognition as an important technique for the treatment of post surgical and trauma wound scars. ​

Alastair has formed an international teaching team of 20 instructors to take his work to the 24 countries in which MSTR® is now available. Besides English, MSTR® training is also available in Bulgarian, Dutch, German, Romanian, Slovenian, Spanish and Swedish.​

Research undertaken in June 2019 at The Newcastle Clinic (UK) has created much interest in MSTR® and further research will be undertaken late in 2019 to validate the initial research results on C-section scars.​