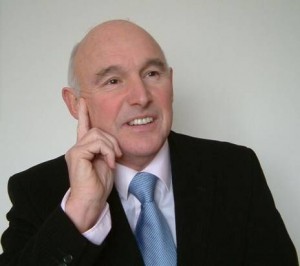 Melvyn first started work as a masseur in 1966 in a sauna and health club just off London’s Fleet Street. After a few years Melvyn got fed up with the long hours and daily commute into the city and decided on a change of direction and spent the next few years trying different jobs, one of which was as a professional wrestler. It was as a result of an injury whilst wrestling that Melvyn was encouraged to return to the profession by the therapist treating him.

Melvyn started studying at The Northern Institute in 1977 and went on to gain their diplomas in Massage and Physical Culture, Remedial Massage Therapy, Manipulative Therapy and ultimately qualified as an Osteopath in 1982.

Melvyn was accepted on to the GOsC register in 2000 but then resigned shortly afterwards. Feeling that his work now was more Physiotherapy and Remedial Massage based than Osteopathic.

He applied and was accepted by the Chartered Society of Physiotherapy in 2005.

He has been working in his own busy clinic for the past 25 years, in Barnet Hertfordshire.

Melvyn was honoured and delighted to be given a fellowship of the LCSP Register in 1995 and was elected to the Governing Council the same year.

He is now the Chair of the LCSP Register Disciplinary Board, is the Vice Chair of the GCMT and is a member of the Professions Specific Board advising the CNHC on massage therapy.